This route will give you an insight into the Royal Site of El Escorial in the 18th century. 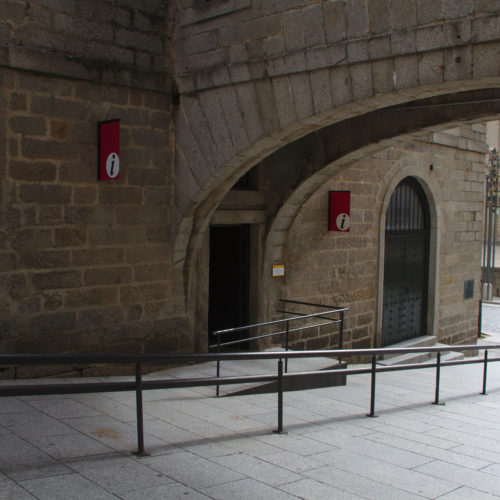 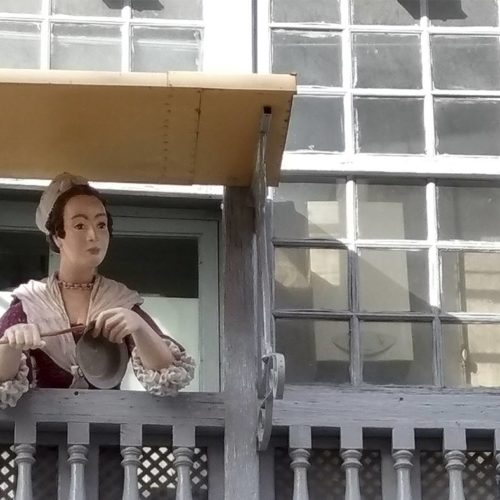 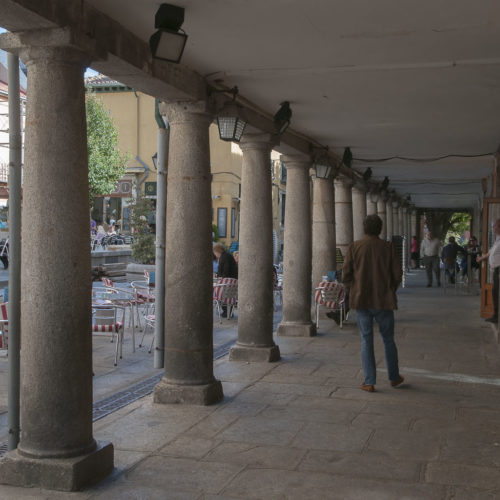 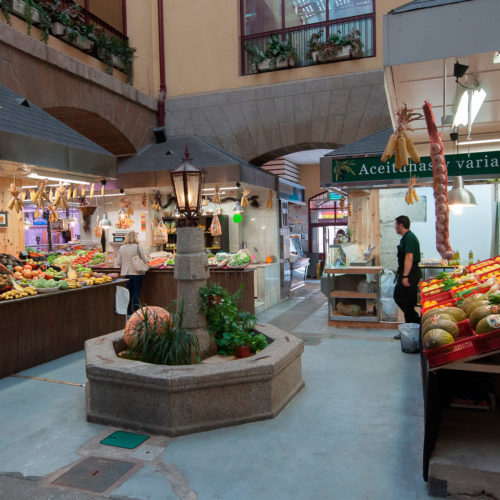 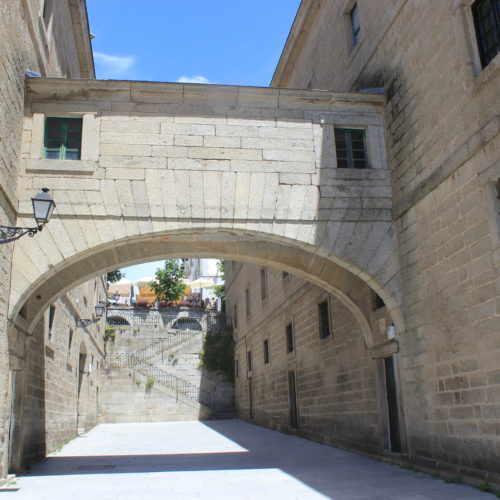 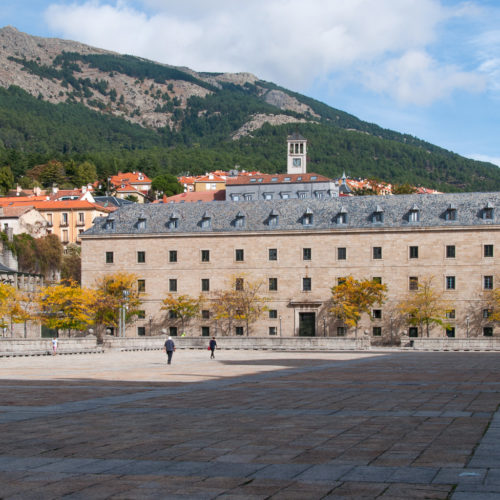 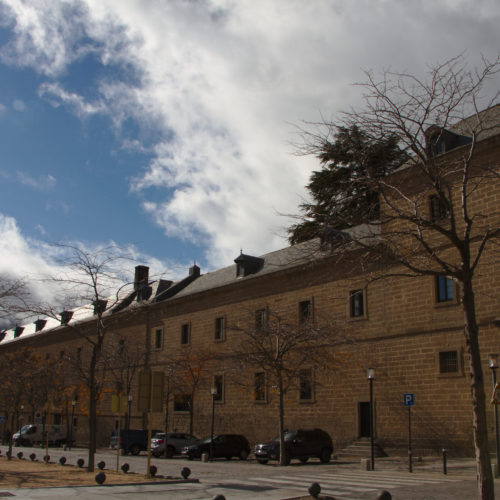 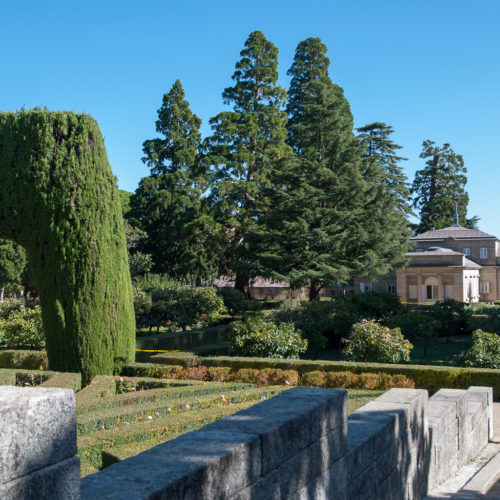 This journey through the 18th century begins at the exit from the Tourist Office. If you look down at the ground in La Lonja, you will see a series of iron ventilation holes running between the entry to the Monastery and Calle Grimaldi, indicating the route of what was known as the Montalvo Mine (1), an underground passageway connecting the Monastery with the Second House of Offices, providing a route via one arch which still stands on Calle Grimaldi, and another which no longer exists on Calle Floridablanca from the First House of Offices, to the Royal Coliseum of Carlos III (2), where this route continues.

Head right down Floridablanca and you will come to other buildings dating from the same century, such as what is known as the Milanese Inn (3), on the corner of San Antón, while further up the street are the unusual features of the House of Francisco Martínez de Sobral (4), known as the Stone Balcony House. Head back down Floridablanca to the Royal Barracks of the Spanish and Walloon Infantry (5).

At the end of Calle Floridablanca, cross over Plaza de la Virgen de Gracia and head a little way down the station highway. On the left is the House of the Families of the Princes Carlos María Isidro and Francisco de Paula (6), which is now the Euroforum Infantes. You could stop off here to visit the House of the Heir Apparent, or Lower House (21), the entrance to which is located opposite. This would involve a detour of one kilometre downhill and another on the return leg uphill.

At the end of the path, head along Calle del Rey from the square, as far as the King’s Coach Houses (7), which are home to the Museum of History and Carriages. Opposite this building is another landmark known as the House of the French Consul (8), the first in the town designed by the architect  Juan de Villanueva.

Further up Calle Patriarca you will reach the pedestrianised Calle Juan de Leyva, the site of another of Juan de Villanueva buildings: the Rental House of the Marquis of Campo Villar (9). Head around the house to the left and along Calle Santiago to Plazuela de Santiago. On the left is Calle del Duque de Alba, the site of the House of the Duke of Arcos, formerly known as the Duke of Alba (10). At the end of the street, continue upwards to take in the House of the Duke of Medinaceli (11), which has now been refurbished. Returning towards Calle del Rey you will reach Plaza de San Lorenzo, the site of another private house designed by Juan Esteban in 1771, the House of Felipe Díaz Bamonte (12).

Back on Calle del Rey, cross Plaza de San Lorenzo and take Calle Reina Victoria, where you will find the House of Stalls or Columns (13). Further on you will reach the centre of the town, and Plaza de la Constitución. From there, take Calle de las Pozas to admire the Garrison of Invalids and Mounted Volunteers (14). Alongside, on Calle del Rey, stands the Public Market (15), originally the “Great house for the storage of wines, supplies of dried goods, fish, bacon and other sectors”. None of the original building erected in 1797 still survives.

Further on is one of the buildings which has retained its medical function down to the present day: the San Carlos Hospital (16). Built by Juan Esteban in 1771, it has now been refurbished.

Head back down to Plaza de la Constitución and past the Town Hall as far as Calle Gobernador, to admire the Mayoral House (17). Further along, on Calle Floridablanca, is the Third House of Offices (18), also known as the House of the First Secretary of State. Continuing further down along Calle Floridablanca you will see some steps off to the right, on Calle Capilla: head down these as far as the La Lonja enclosure. Opposite the northern façade of the Monastery, to the right you will pass by in front of the House of the Princes and the Queen (19).

The 18th-century route takes us as far as the House of the Prince (20)  around 1000 metres further along Paseo de Carlos III. The last sight to be visited is the House of the Heir Apparent (21) heading down towards the town of El Escorial.