This accessible route allows you to explore the town and discover both its key buildings and its charming streets and squares. 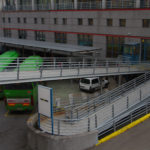 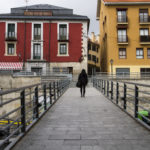 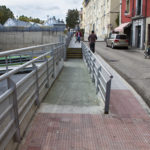 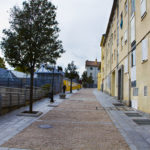 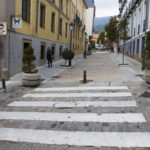 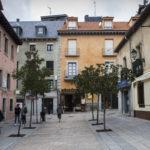 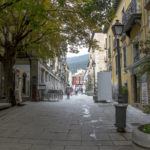 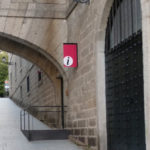 We invite you to begin your tour from the bus station. Heading out along Calle Juan de Leyva you will reach the  House of the Marquis of Campo Villar (18th century). Continue as far as Calle Duque de Medinacelli and turn left towards  Plaza de San Lorenzo.

Then follow Calle Reina Victoria and take in the  la House of Columns or Stalls, built in the middle of the  19th century. From here continue to  Plaza de la Constitución, where the Town Hall stands, and the festival in honour of the local patron saint is held. Take great care heading round to the left along Calle Floridablanca, with the House of the First Secretary of State opposite. (18th century).

A few metres further along you will reach the Chapel of Our Lady of Grace, followed by the Second House of Offices (16th century), and then the First House of Offices which is home to the Cultural Centre exhibition gallery. On the right is the Royal Coliseum of Carlos III and behind it Plaza de Jacinto Benavente. Further along the same side of the street you will see the Royal Garrison (18th century), now occupied by shops and restaurants.

Continue as far as Plaza de la Virgen de Gracia, known locally as the “Labyrinth”, and the site of the Park, where festive events are staged. Continue along the same pavement and you will reach the Royal Monastery (16th century), giving visitors an impression of the scale of Herrera’s architecture. A few metres further on, alongside the Tourist Office, is the entrance to La Lonja, a large open area surrounding the landmark building. Continue along the same pavement and you will reach the  House of the Queen and Princes (18th century); and alongside, the House of the Company (16th century), a former guest house and support building for the Monastery. It is now the site of the Escorial María Cristina Royal University Centre. It is at this point that the route ends.