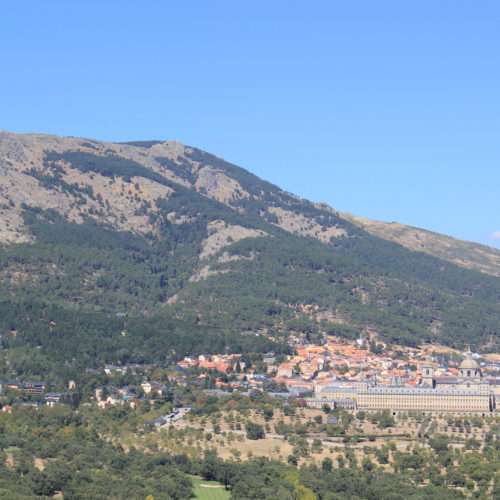 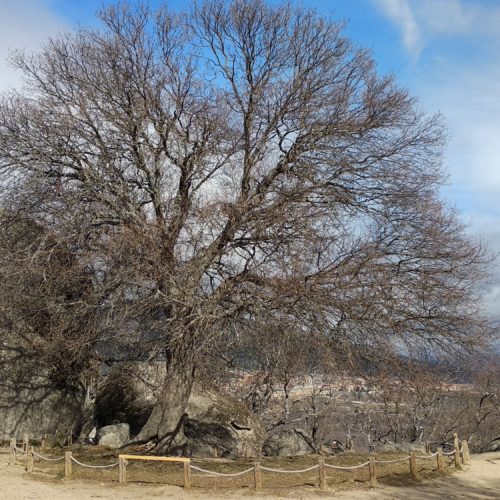 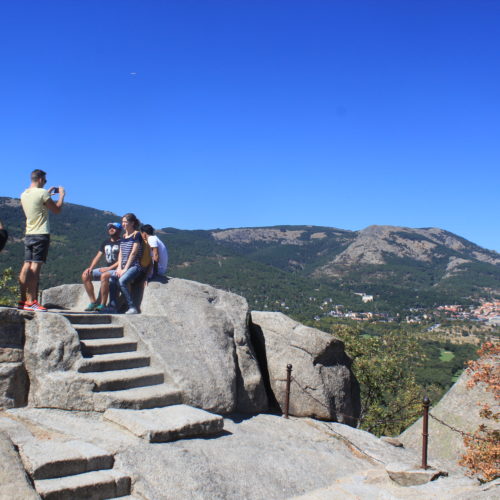 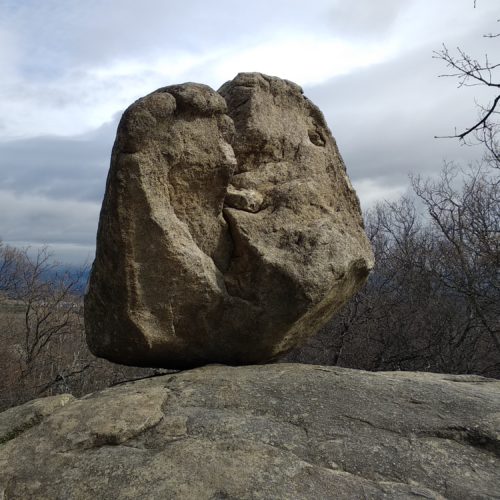 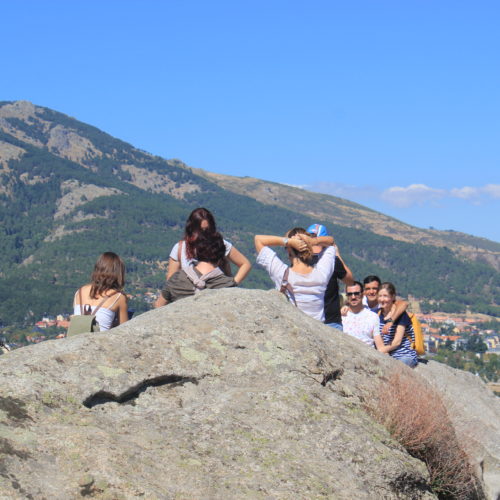 1. Leave La Lonja via the Arcos de la Compaña arches. Enjoy spectacular views of the Garden and the Kitchen Gardens of the Friars, as well as the lake and the majestic weeping willow which stands over it. This was originally one of the two oldest springs to be found here, the Blasco Sancho or Estribo Spring, alongside what is now known as the La Reina Fountain, previously named the Matalasfuentes. Horse chestnuts line the way.

2. Continue along the Paseo de Carlos III as far as La Herrería (declared a Picturesque Landscape Site in 1961, and a National Heritage property) through the entrance with its two columns: this slope is known as La Cuesta de los Pastores. Head down past the “Zarco” news stand to the right, with the Seminario Spring alongside. Along the way you will see a love tree (a species which blossoms early with spectacular pink flowers).

3. You will then reach the Golf Course, and opposite the Youth Hostel of Santa María del Buen Aire. This part of La Herrería is lightly wooded with ash trees. Continue alongside the golf course fence among majestic plane trees. Just before arriving at the Pilgrims’ Cross, a detour heads off to the Los Capones Spring.

4. The path descends as far as the Arroyo del Batán gulley before reaching the M-505 junction, which should be crossed with care.

5. The tarmac track leads directly to the Seat of Felipe II: there is a shortcut along the paths leading off from behind the picnic area, to the left. You will also pass by the La Prosperidad Spring to the left. On the right is the Chapel of our Lady of Grace. Alongside stands a lone Scots pine, listed as an Outstanding Heritage Tree of the Madrid Region. The Las Arenitas Spring is up above.

7. The Seat of Felipe II offers spectacular panoramic views. There are outstanding examples of Montpellier maple, in particular an upright specimen alongside the steps carved into the rock, given Outstanding Heritage Tree status by the Madrid Regional Authority. Red-rumped swallows are a common sight in this section.